Adventures in the Kitchen with a Two Year Old.

August 23, 2010
I was hoping to be able to post about some yummy sticky pecan rolls, but I'm still tweaking the recipe just a bit.  Instead, I want to share some (a ton!) of pictures and explain what it's like having a two-year-old in the kitchen.  Or at least, my two-year-old in my kitchen.  :)

These days, whenever Sprout even thinks I'm going to be cooking something, he comes running into the kitchen saying he wants to help.  He then proceeds to haul out one of the step stools and drag it to wherever he thinks he needs to be.

So, how do you cook with a two-year-old?  And what can they help with?  Good questions.

Well, step one is to find the closest two-year-old.  This one looks like he might be up to something.  And apparently, if mama is wearing an apron, he requires one as well. 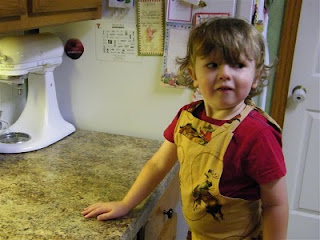 Next, he might climb on the counter you just very carefully cleaned.  It's okay.  He's just after the magnets on the refrigerator. 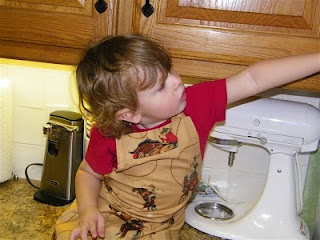 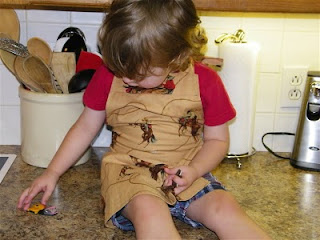 After he gets them all lined up, he'll want you to take a picture of them.  "Picture, mommy!"  These two-year-olds of bloggers, they learn early! 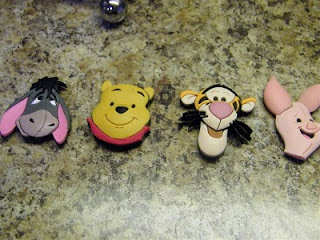 So, what else can they do?  Two-year-olds are good at watching the mixer work.  They'll even keep a hand on it when it starts to walk across the counter, as mine does sometimes when I'm working with bread dough.  Or when it "drives", as Sprout calls it! 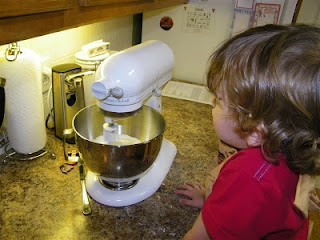 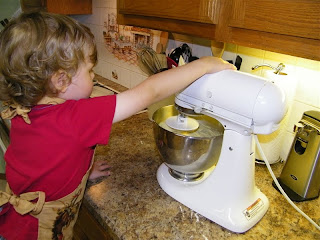 But...you have to watch them as they watch the mixer.  Because sometimes things are tempting.  Like taking off the screw that holds the accessory attachment cover thingy on (very technical term) and it falls into the dough. 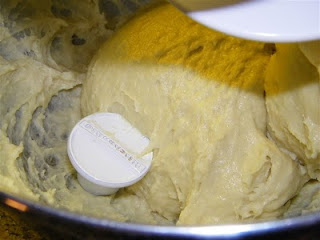 And if you're not paying attention, they will get out their rolling pin, grab a piece of the dough, and go to town with it. 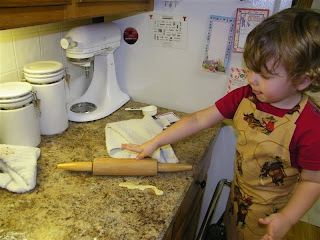 Breadmaking, even quick cinnamon rolls, is a longer job that requires patience, which two-year-olds don't have a lot of.  They will eventually get bored and have to go outside and ride their tractor. 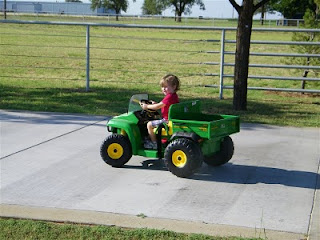 Yes, this is me.  In need of makeup.  Wearing a Death Cab for Cutie shirt.  And my purple apron.  In a Wonder Woman pose.  :) 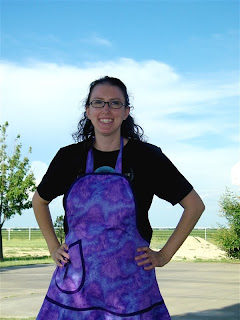 And a teaser of the sticky pecan rolls to come. 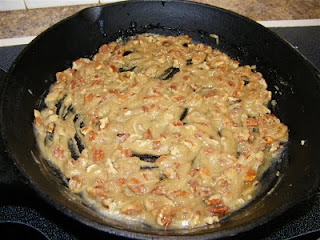