February 04, 2010
Last week, the recipe that Sean chose for us to try was sloppy joes. This was funny to me, because I've made them several times in the past, and often he's refused to even try them, so I was skeptical. It was recipe from a Paula Deen kids cookbook, so let me just say it was so incredibly simple I'm not even going to post it!! Sean even declared it "delicious!" and I think he really meant it!


However, I will tell you that when I went to the store I forgot to pick up any hamburger buns. Now, if I were "normal", I would have either 1) had D stop and pick some up on his way home, or 2) run to the store for some while Sean was at Tae Kwon Do. I've never claimed to be normal. Instead, I looked up a recipe to make my own. They were definitely delicious, and I may now be banned from ever buying them again...still trying to decide if that's a good thing or not, lol!! :)


But before we get to the recipe, I'd like to tell you a bit about my new kitchen helper. He keeps a watchful eye on the mixer. 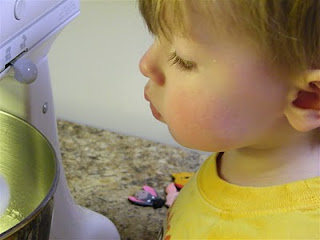 He's quick to point out when I make even the tiniest mess on the cabinet. 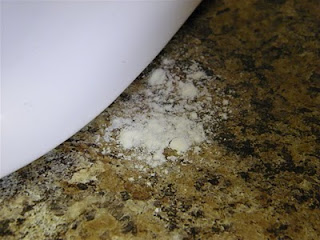 He's been known to get a little overzealous and make his own mess... 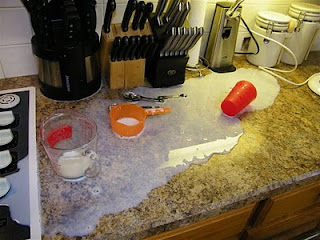 He watches and learns when it comes to kneading the dough. 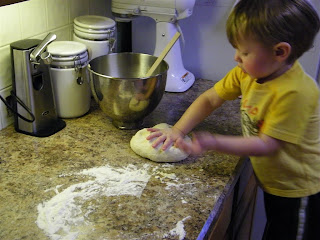 And most of all, he's just darn cute!! I've created a monster though. I cannot keep this kid out of the kitchen when I cook now!! As soon as he even thinks I'm going to start cooking, he heads to the laundry room for the step stool, and absolutely insists on being included. I'm not complaining entirely. I love that he wants to help in the kitchen!! I always enjoyed Sean's help (still do!). It's just that, well, have I mentioned that Kade is very independent, stubborn, and headstrong? Sometimes that creates clashes in the kitchen...yes, even with a not-quite-two-year-old!! That's okay...memories, making memories!!


Now, for the recipe. I found a recipe online at the Red Star Yeast website. If you are new to bread making (or even if you're not!) that website has a lot of useful information, in my opinion. For the recipe, click here. I didn't make any changes to it, and followed the "stand mixer method". I was very impressed with the results! 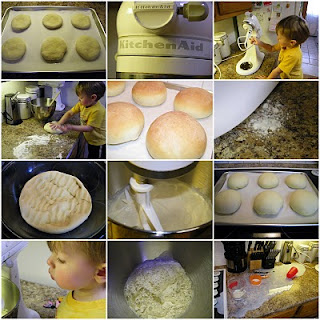 Megan said…
I am very impressed that you made your own buns.